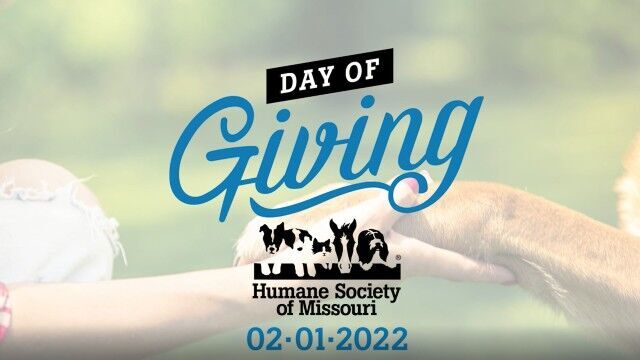 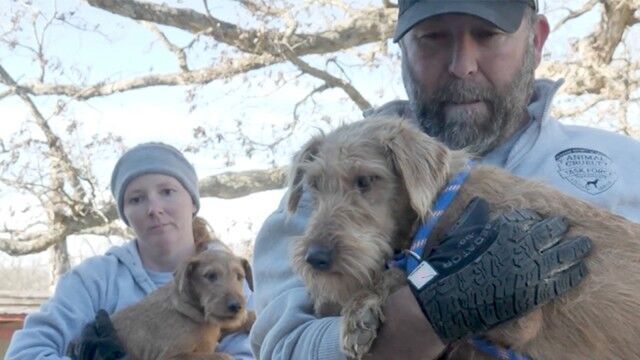 ST. LOUIS, Jan. 27, 2022 - The Humane Society of Missouri has a new way for the community to lend its support to the work they do by creating their first-ever Day of Giving. The one-day campaign will happen on Feb. 1, 2022, and will help animals through its support of rescue, healing, fostering and adoption. Gifts will provide second chances to thousands of animals and will go twice as far thanks to Purina which will match donations on the Day of Giving up to $25,000.

The Day of Giving will include stories of animal rescue and recovery from the Humane Society of Missouri that have happened over the past few years, including animals rescued from sub-standard Missouri puppy mills, some that were victims of abuse and neglect, and even a horse who was injured in a tractor-trailer accident on its way to slaughter who was rescued and gave birth to a healthy colt several months later.

Since 1870, the Humane Society of Missouri has been dedicated to second chances. They provide a safe and caring haven to all animals in need-large and small – that have been abused, neglected, or abandoned. Their mission is to end the cycle of abuse and pet overpopulation through rescue and investigation efforts, spay/neuter programs, and education classes. They are committed to creating lasting relationships between people and animals through animal foster and adoption programs and by providing world class veterinary care.

One of the largest animal welfare organizations in the United States, HSMO operates two animal shelters in the St. Louis region, and Longmeadow Rescue Ranch in Union, Missouri. In addition, HSMO is home to the Animal Cruelty Taskforce, working with state and local jurisdictions to rescue animals from situations of abuse and neglect.

The St. Louis shelter locations are also home to the Animal Medical Centers of Mid-America, the only AAHA and Fear-Free certified vet centers in the Mid-West that include state-of-art pain management centers for animals.

HSMO’s Longmeadow Rescue Ranch houses over 100 horses, along with dozens of other animals found on a farm, including chickens, ducks, pot-bellied pigs, and an alpaca or two. What connects these animals, along with all the animals in HSMO’s care, is the hope for a second chance after a life of mistreatment and neglect. Since its founding, the ranch has secured permanent homes for thousands of animals.

HSMO is supported solely through direct donations and grants. They receive no financial support from any national animal welfare organization or taxpayers. To find out more, visit www.hsmo.org